The new Tri-Barrel now sports x6 Damage, 65% Armor Penetration, but uses the .50 Caliber ammo so i think the exorbitant boost of damage is justified. It still has improved range, and accuracy. However as a balancing factor, the recoil is increased as much as the rate of fire is decreased by 35%, it has less ammunition capacity — to 300.

Personally, i would like to have a different receiver option, but honestly i wouldn’t use the Tri-Barrel with the normal 5mm, and the recoil of the .50 Cal on the rate of fire of the Accelerated barrel would be too much to handle already.

Known Bug:
– I don’t know why, but after having loaded the mod in the game, and seeing that the weapon did apply the changes. It will crash just seconds after starting the game once more, and/or trying to load your saved game.

To fix this, first, load the game without all of your loaded mods — see it load properly, and then restart with the mods once more. FO4 should have better mod support in the future, just not now. 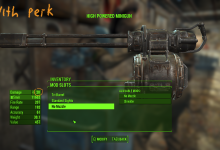 Minigun is no joke 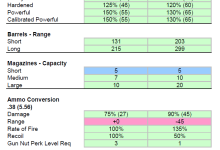 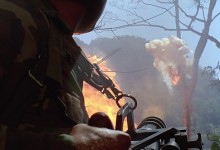