I couldn’t tell if the Power Armor silhouette in the HUD was facing front or back, which confusses me whenever I want to replace, repair or remove a lef/arm part of the armor. This confusion comes from something I’ve learned while studying Medicine: there’s something called Anatomical Position of the human body, it specifies the ‘standard anatomical position’, which allows you to understand ANY anatomy book around the world since the hands and feet positions (and what is front and what is back) are universal this way, which makes this silly issue an important one in the end (and believe me, there are some images which are hard to understand such as this one, which shows the Sphenoid bone, if you’re not used to knowing the planes of the human body it’s hard to tell at a glance if you’re looking at the front or at the back of the bone). In fact, the PA model in the HUD is NOT in anatomical position, it’s reversed, which ends up being counterintuitive.

This mod just adds the letters L (Left) and R (Right) to the Power Armor HUD so you can quickly identify which side is which.
>Update: Added a ‘Valve’ indicator alternative version.

Only known issue is the indicators won’t be shown when you remove the chest piece, the texture file only picks up the borders of the chest silhouette, so the only way to do it would be to put the indicators right on top of those borders, which looks awful.

Install using the NMM, or just copy the Data folder manually to the installation folder.

The mod consists of only 1 file, so it should be compatible with almost everything (it doesn’t change anything else in the Power Armor HUD, only the silhouette file). 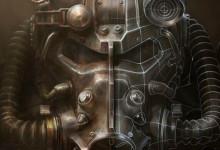 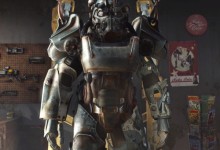