This is a save of my character – Scarlet. I created this character to work well with the voice of the beautiful and talanted Courtenay Taylor for me. In my mind, she has the voice of a bold, independant woman that excells in pursuading others with her charms. I have not set out to recreate the face of the actress in real life, although some resemblance might be found (the blue eyes and dark hair).

The ingame location of this save is at the vault door of Vault 111, just before exiting the vault. ( as seen in one of the images ) This should give you the option to change the S.P.E.C.I.A.L. stats, character name and/or tweak the appearance. All items from the vault have been looted with the exception of a certain weapon locked behind a Master level lock.

I am using:
Valkyr Female Face and Body Textures for the face textures
FCO – HD Eyes + Eye Normal Map Fix Fallout 4 Edition for the eyes
Vivid Hair Colors for the hair
deLuxe – Lip Liner Mask for the lips
and I would highly recommend using these mods, if you want your character to look like the one I have shown in the images.

I am also using Realistic Reshade in those images.

Simply extract the file into your Fallout 4 Saves folder.
( Located at: C:\Users\”User Name”\Documents\My Games\Fallout4\Saves or the equivalent for your system and windows)

How to import the character data from this save file into your own save file:

1. Download and extract xatmos’s Save Face Ripper
(2.) Backup any saves that you are going to edit.
3. Click on “Pick Input Save”.
4. Select the save file from this mod. Save file is named Scarlet.fos.
5. Click on “Pick Output Save or Plugin”.
6. Select the save file containing the character whose appearance you would like to change into Scarlet’s. ( Possibly requires a save with a female character. If your character is male, load the save, type “SLM Player” into the console command, change the sex and save it. )
7. Load the game with the now overwritten save.
8. Your character will most likely use different face textures. To fix that, simply type “SLM Player” into the console command again, hover over parts of the face that have the “Type” option and change the type to the young female textures (usually ending with a “2”)
(9.) Enjoy and leave a comment or an image 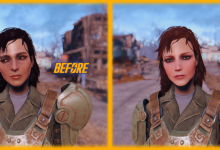 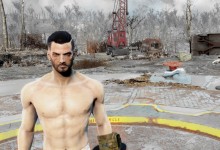 The Fallout Survivor Save file 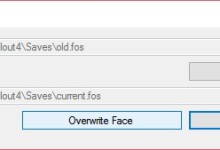