Hello!Here are some ini tweaks that might help you out if you struggle like me with FPS in urban area.

Since the game launch I’ve been reading and tweaking because i usually have 60 FPS if not going to urban areas,the second i would hit some big buildings used to go down to 30 or 20 in some fights.

I still get some dips now and then but they are MUCH rarer than before and game is now playable in urban areas.

I’ve been messing with them for almost two weeks, adding, replacing, removing lines.
This is the only config i’ve managed to stay above 35 (35-60) in urban areas.
I’ve noticed this has the most impact…
Start with these settings in prefs.ini

If you don’t want to replace your files open them side by side.and compare

Or first back them up and give this config a try,it should take 5 minutes to see if it’s a difference or not.

•These tweaks are intended to be used with a similar system.
•Use as reference or replacement
•Back up you ini’s first in case it doesn’t help you!As always ini’s will behave differently for people
Note that this will not work for everyone

If you will want to use as replacement :

•Open Fallout4Prefs.ini with notepad or notepad ++
-Go to line sD3DDevice=”NVIDIA GeForce GTX 780″
-Then set sD3DDevice=”YOUR GPU”
-Save and close

No endorsement or thanks needed if it helped you it’s enough.
Sorry for the bad English.

Later edit :
Other setting that will not hurt to try,you can easily restore or delete preset. 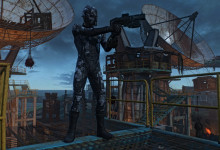 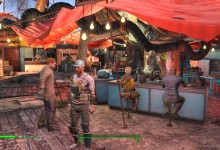 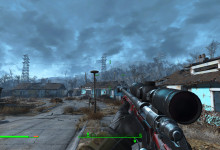