Unknown issue reported by some users which leads to crash at startup when ForceVideoMemorySize=true is set in enblocal.ini. Please report any finds about it in posts here. May be it’s because of crapware, may be other d3d/dxgi wrappers, may be drivers. At this moment one user reported solution:
QUOTE
was able to bypass gameoverlay64.dll crash by simply deleting the offender from the steam folder
that means it’s steam interfering, even with the overlay disabled in steam settings

PLEASE DO NOT SEND PRIVATE MESSAGES TO ME, I CAN’T ANSWER THE SAME THINGS IN
PRIVATE TO EVERY USER. IT’S NOT BECAUSE I’M SELFISH PERSON OR ANYTHING LIKE THAT.
TRACKING EVERYTHING IS TOO HARD FOR LAZY ME. NOTHING PERSONAL FOLKS, SORRY

This mod implements functionality similar to versions for Skyrim and Fallout 3,
smoother frame rates, less stuttering, higher textures resolution, at cost of
higher ram usage first of all. Some type of CTDs (crashes) and strange game
behavior, potential saved game corruption at specific circumstances of lag
spikes. Not all hardware configurations will have benefit from this patch, but
some will have a lot. This depends from cpu type, cpu cores number, game setting
and graphic card performance accordingly, os version, windowed or full screen
modes, etc.

ApplyStabilityPatch – this parameter toggles the most important fixes, but it
is almost useless for some users, at least in version 0.281. If you feel game
changed to the worse, set ApplyStabilityPatch=false and try again. Be careful
with antiviruses, they may produce CTD or cause patching to fail.
ForceVideoMemorySize – let you use more video memory than physically available
on your videocard. This is possible because of driver specific features which
seems ignored by Bethesda developers. When set to “false”, VideoMemorySizeMb
is ignored.

VideoMemorySizeMb – forces amount of video memory available, this value is in
Megabytes, so if you have 2Gb videocard, it’s equal to 2048. Please download
VRamSizeTest tool from my web site using dx11 version of it get maximal
available video memory size for your hardware. DO NEVER set value above that
one from VRamSizeTest DX11 or game may crash randomly. Also when you have
Skype, internet browsers and some other software, size of available video memory
is reduced and also leads to crashes. To avoid such issues you may set value
a bit lower than maximal, in general 300 mb less seems okay. At last, Windows
itself require some video memory, if i remember 120 mb for Win7, 180 for Win8.

DisableFakeLights – just a graphics hint with small performance impact, disables
invalid back lights for all characters which makes them look glowing on sides
everywhere. This feature was requested and i’ll use it in future graphic mods
anyway.

ForceVSync – this is a bit different thing compared to game vsync, i won’t
describe how it works, but for some game setting and users it could be very
useful, better than own game vsync.

EnableFPSLimit – not required in Fallout 4, but i recommend to use it to avoid
unpredictable results because of too short individual frames (time of each frame
varies a lot in Fallout 4).

You are free to use, share or sale without notice of any copyrights. But posting
binary files (exe, dll, ocx) of my projects on Nexus web sites is not allowed. 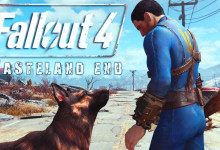 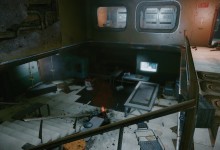 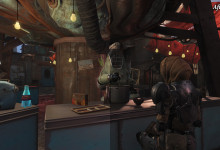