Mod is in: BETA

Update: Added Assaultron / Protectron models. I will be creating a NMM Installer, and AI systems tomorrow when I get up. I will also be tweaking the costs to build them as well.

Currently, The mod adds a new menu that will allow you to place a Sentry Bot, and a Mr. Handy… Both of which are able to be moved and built wherever you wish, Currently they do NOT effect defense or build limit. Soon there will be 2 versions available, 1 that will give them to you as a settler “Allowing them to do certain tasks, Sentry Bots will be able to run supply lines and guard posts, while Mr. Handys will be for farming.” As of yet, I am still tweaking the AI so that part isn’t being added in until it’s finish. Soon I will also be adding different variations, including Assaultrons. After I am done with the robots section, I will be creating “Pre-Equiped” settlers, That will come pre-equiped with either power armor, farmers gear, etc. So stay tuned!! 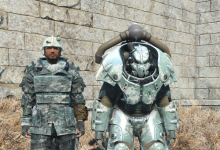 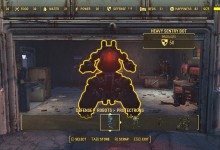 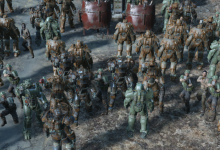