Enemy and Settler Spawning and Enhancement Modification
Settler Mr. Handy –
This will spawn Mr. Handy Settlers into your settlement! [[Still a few issues needing to be worked out, but they are in about 80% working order, just have to get some hands and stuff added that I missed, and a few other small details]]

Settler Power Armor –
This will spawn settlers, who are pre-equiped with there very own suits of power armor, Comes with randomized sets of X-01, T-60, T-45, and Raider “Yeah i know T-51 isn’t in yet, but I’m still polishing the final details” [[Can Not Farm in Power Armor!! They are primarily Guards, Either used at Guard Posts, or as Provisioners to Patrol, Would be hard to farm in power armor realistically, sorry.. :P]] — Additionally Settlers do not remove the power armor, this is part of them now, like there arms and legs, this is there body, so no you don’t have to worry about them getting in and out of it, they will keep it equiped, even if changed to provisioners / scavengers etc they will keep it equipped

Settler Raider Armor –
This will spawn settlers, who will be pre-equiped with Raider weapons and Armor “These settlers come pre-geared for some scavenging fun”

Settler Combat Armor –
This will spawn settlers, who will be pre-equiped with well yeah, Combat Armor, Varying from Light/Medium/Heavy sets they are perfect for a variety of tasks, and are ready when those pesky raiders come and try to steal your items.

Enemy Summoner –
Will allow you to spawn in various kinds of enemies, but it spawns them away from you, and without console commands!

Enemies Currently Include: [All units are randomized, to included ALL versions of them, for instanced Forged can spawn Forged Leaders, Grenadiers, Melee, Flamers, etc etc. nothing is preset, and will be different every time]:
Super Mutant’s
Forged
Ghouls
Gunners
Raiders

Do you want me to add a settler, Pre-equipped with Certain gear so you no longer have to dress them ? Just post a comment and let me know what custom outfit you want, and I will add it to the list!!!

How to obtain the spawn weapons ?
Travel to The Castle, Venture into the Armory, and There you will find two new boxes are in the room, One will hold the weapons, The other will hold the ammunition. Grab, and go create some settlers!! “Be Warned! Shooting 100s of shots into the same area has sometimes been known to create aggression with the settlers, The blast radius is only at 1, and the damage is 0, but if you happen to catch one right inside that radius, it will trigger aggression, So try not to shoot 100s of them into the same area!!! 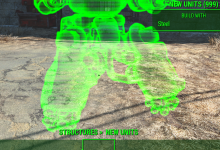 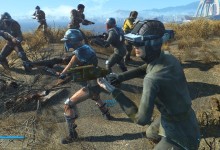 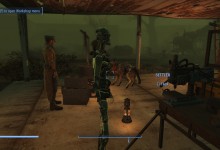