This is a collection of batch (.txt) files for screenshots! There are several files for different scenarios in which you would want to take a screenshot.
A file explaining the different files and what they do is included in the zip file. This is not a new thing. Bat files can be used to run any string of commands, but we thought we would make it easy for taking screenshots.

TO INSTALL: Open the zip file, and drop all five .txt files in your Fallout 4 Data folder.

TO USE: Once you’re in Fallout 4 and you wish to take a screenshot, decide which batch file (.txt) is appropriate (SEE FILE DESCRIPTIONS BELOW)
Open the console with tilde (~) and type “bat txt” replacing “txt” with the name of the preset w/o the txt extension.

EXAMPLE: To use pic1 (basic screenshot) open the console and type “bat pic1” The console will “disappear” on account of the tm (toggle menu)
command. Press the tilde key again. You will be able to move the camera around and take your screenshot.
When finished, open the console by pressing tilde. Then hit the up arrow once, and press ENTER. All will be returned to normal.

These descriptions are included in a txt file bundled with the batch files.

Type ~ to open the console, then type one of the commands below, then enter to start the camera.

Take Screenshot with F12 (Steam) or with F10 (Fraps or other 3rd party software).

If you use an ENB, press Print Screen to take a high quality screenshot with ENB effects.

When finished with the screenshot, type the ~ key again (the HUD will be hidden at this point). Then type either the same command or the “b” command when necessary, and press enter.

Retype the same command to go back to normal:

#a to start camera, #b to go back to normal: 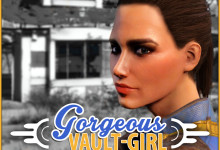 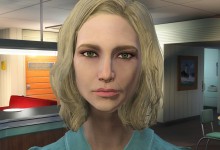