Better Perks mod improves the perks, that i felt were underpowered or just useless in vanilla. Also removes level requirements of affected perks (S.P.E.C.I.A.L. requirements remain).
This is fully modular, so you can install only what you want.
Tested on english version of Fallout 4. Altered perk descriptions are in english.

Consider this beta version. 6 perks are affected so far. There is non-zero probability of adding more perks to this mod in future versions. Endorse and stay tuned.
WARNING! Install only one version of each plugin if there is an options.

BETTER PERKS – Toughness
Better Perks – Toughness x4.esp
Changes perk’s armor value bonus so you get 40 per level instead of 10. Removes level requirements.
NOTE: it wont make you 4 times more armored. Actual difference between 50 and 250 armor points is 30% on average.
For example taking 100 damage with 50 armor results in -64 Hit Points. Taking 100 damage with 200 armor results in -39 HP. If you wear X-01 with 1940 armor you take 16 damage in same case.
It’s not % results a various depending on damage amount. Generally higher per shot damage amounts get resisted less.
This perk also cumulative with Power Armor, however there is no noticeable difference even between 1500 and 3000 armor. It may help when certain body part isn’t covered by PA.

BETTER PERKS – Life Giver
Better Perks – Life Giver x2.esp
You now get 40 HP per level instead of 20 and regenerate 1 HP/sec instead of 0.5 at max level. Removes level requirements.

BETTER PERKS – Hacker
Better Perks – Hacker.esp
Hacker now has 2 levels. 1st adds Advanced and Expert terminals, and 2nd Master and “never get locked” ability.
NOTE: this one has minor sound bug: whenever you hack Expert terminal on lvl1 or Master terminal – character still says he can’t do it or “security too good”, before hacking. Not fixed for now.

INSTALLATION:
1. Put ‘*.esp’ files in ‘\Fallout 4\Data\’, or just merge ‘Data’ folder from archive with your FO4 Data folder.
So example path looks like ‘\Fallout 4\Data\Better Perks – Strong Back x10.esp’
2. Activate it with launcher by clicking on right cheek of Power Armor face.
Or add the line ‘Better Perks – Strong Back x10.esp’ to plugins.txt
Find it here ‘[C]:\Users\[YOUR NAME]\AppData\Local\Fallout4\plugins.txt’
NOTE: If you are using other perk mods put this one below in the ‘plugins.txt’

EXAMPLE OF plugins.txt WITH FULL INSTALLATION:
You can copy this to plugins.txt, or the lines you need.

CREDITS:
FO4Edit creators for tool used to make this mod. 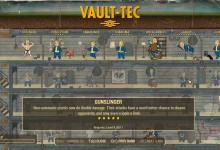 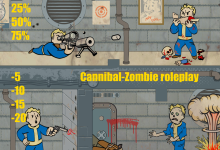 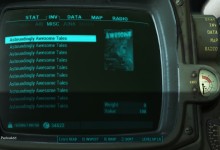 Add or Remove All Perks