Note: This mod makes the game easier. Do not use Reduced Energy Recoil if you want to keep the game challenging!

In an attempt at realism, this mod reduces the recoil for the Laser, Institute and Laser Musket weapons by 99% and optionally Plasma weapons by 90%.

Ever wondered how a laser rifle firing light feel indistinguishable from a bullet-spewing assault rifle in the recoil department? Well wonder no more! With this mod, all laser weapons (Laser Gun, Institute Gun, Laser Musket and Gatling Laser and all variants thereof) have had their recoil reduced to just 1% of their original values.

Optionally, plasma weapons (which fire ionised gas which would, again, be a lot lighter than bullets in terms of recoil) can also have their recoil reduced by 90% via the optional file. All other recoil values have been left untouched.

See the images to compare how a continuous 29 round burst from the same weapon recoils both with and without the mod.

Reduced Energy Recoil achieves this by changing the values of recoil-altering weapon mods rather than the weapons themselves. In particular, the following weapon mods have been modified:

All other mods for these weapons were left as-is as they do not modify recoil values.

And the description for the Fine-tuned Beam Focuser for both Laser and Institute Laser has had ‘Super’ replaced with ‘Superior’ for consistency’s sake.

-The Violent and Two-Shot Legendary Modifiers will increase the recoil to noticeable levels with this mod. This cannot be changed without also changing their effect on every other weapon.
-While aiming down the sights, the weapon will still jump around a lot. This purely visual recoil is distinct from actual recoil and can’t seem to be modified.

Other mods visible in the images: Darker Nights, RealisticLights

To install this mod, simply place your chosen .esp into the Fallout 4/Data folder.

If you haven’t done so already, enable mods by adding the following line to your Fallout4Prefs.ini file under the [Launcher] section: bEnableFileSelection=1
If this line is already present but ends in 0, simply change it to 1.

Once this is done, the mod should automatically be loaded when you next start Fallout 4. If it is not, you need to add it to your load order, found under AppData/Local/Fallout4/plugins.txt in your User folder.
Add a new line with your chosen ESPs full name (e.g. ConsistentAluminium.esp) and save the file. It should now load the mod if it it placed in your Data folder.

To uninstall this mod, simply remove the ESP from your Fallout 4/Data folder. 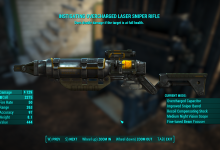 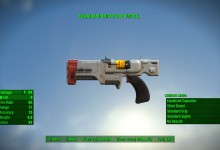 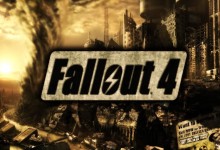