DESCRIPTION
Awesome Things is a simple mod that adds a ring and a pair of shades to the game. Here are the two items and their effects:

Awesome Ring: Grants invisibility while sneaking, which does not break from any action other than standing up–because you deserve it.
Jet Pack effect – similar to the power armor jet pack, except without AP cost. Awesome!
No Fall Damage – I figured the jet pack ability might get you into some trouble with heights.
20% increased movement speed – because reasons.

Awesome Shades(variation of patrolman sunglasses): Grants the power armor targeting HUD ability, which highlights all lifeforms in red. I would have added this to the ring, but I know some people might be annoyed by this feature so I added the shades as an optional item.

Awesome Stealth Boy: Replaces the effects of the stealth boy mod for power armor with the invisibility while sneaking and jetpack effects of Awesome Ring.

NOTES
The ring and eyewear items will not work while inside power armor. The game counts other armor as unequipped when inside the power armor, but you may optionally install the Awesome Stealth Boy mod to get the effects in power armor.

Awesome Ring uses a custom perk that is based on wearing power armor, so be careful about landing near innocent bystanders, as they may take some damage from your landing and become hostile. ~still working on a fix for this.

CONFLICTS
Awesome Things – No known conflicts. However, a different mod that adds items to the toolbox in Vault 111 will conflict with this one, causing one lower in the load order to not get the item placement.

Awesome Stealth Boy – Will only conflict with any other mod that modifies the Power Armor Stealth Boy effect.

LOCATION
The items can be found inside a Red Toolbox in Vault 111, in a hallway near the vault entrance. Additionally, one can acquire them via console.
Console Instructions: Open the console with the ~ key, then type “help awesome 4 armo”. The results will show the ID’s for awesome ring and awesome shades. Type “player.additem x” and “player.additem x” where x is the item ID for the two items. They should end with 800 and 806 respectively. 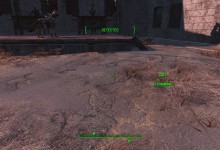 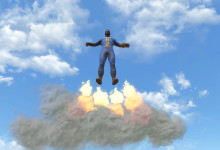 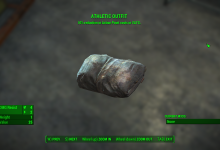