Small first shot at FO4 modding. Started to simply “fix” the lead-pipe scrap recipe. It yield steel in vanilla while being a lead-pipe, which is… unfortunate, at best. Also modified the upgrade recipe to use lead instead of steel.
Starting to make some other edits to improve scrapping/looting/crafting consistency.

Please report oddities in the comment so I can have a look and include fixes.

Not sure if the modification of the upgrade recipe was a good choice as it could actually be steel by the look of it but… whatever. If it really bother you, leave a comment and I’ll update an other version.

The optionnal download is for Craftable Melee Weapons by Xylozi. It modify its Lead Pipe recipe so you craft it out of lead instead of steel.

If someone could take some screenshots with an english version of the game, I’d be much gratefull, as I’m currently playing a first playthrough in my home-language.

Installation :
Drop the .esp in your Data folder or install with a mod manager. Make sure you have bEnableFileSelection=1 in Fallout4Prefs.ini, and enable the plugin in the file manager (Beteshda’s or the one in your favorite mod manager). Note that the Beta patch make this stop working, ask google for worarounds.

Technicalities :
– Made with FO4Edit, so as far as it goes, one of the least dangerous mods you’ll find around here.
– Please keep in mind that until the GECK is here, every .esp mod you install is considered experimental and can have unexpected side effects, no matter how hard some people think otherwise.
– There is an override of a vanilla formlist to remove the lead-pipe (otherwise it’d yield both lead and steel).

Credits, permissions, and other stuffs like that :
Just do whatever you want to do with this file. Reupload, modify, include changes in your mod… I don’t care. 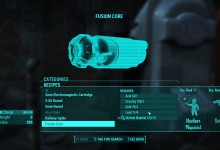 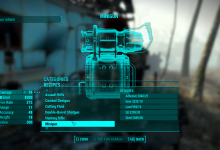 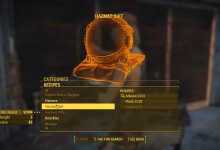