Installl:
Assuming you already edited all the needed files to enable mods.

unpack the file,drag the files and folders from the Data folder
into Fallout4 Data folder,enable the TSW esp plugin.

on closeup angels up the skirt mostly you can see beneath the model .

Credits:
Big thanks to Dhegonus that uploaded the FSC – Field Scribe Commando
I used (a tiny part) of his textures as a base to make the textures used in this mod.

Update1:
Added an optional patch for those that use Crafting Workbench mod,instead of crafting
the dresses at the chem bench you craft it at the clothing work bench.
to install just replace the TSW.ESP in Fallout4 data folder with the one inside the patch zip.
make sure crafting workbenches loads before TSW. 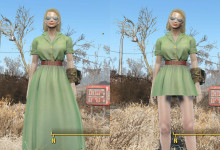 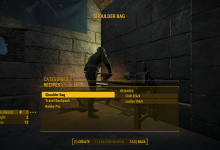 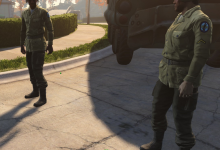