Robot Says “Oh but the car”

Surgical Via FO4Edit (xEdit-TESEdit 2) Assets were located an disabled an others had static meshes changed in the existing references (that’s the placed items in the world) I don’t see changes in the future that would cause us to have to start a new game. Just making it dirty, windows, an dirty textures.

I wasn’t able to switch the textures to the wasteland version, so it’s still a bright colored clean house, but there’s a roof now. All the stuff is still there sans the side door which I haven’t figured out how to pivot the storm door yet, so it’s disabled. So are the windows which didn’t line up. Have to try again later.

The problem is wanting to stay in Sanctuary, but building there an using the house as part of because of rain, an it still might rain indoors, didn’t have time to look at the box for that. Anyway building there has to be big an doesn’t really work, an the stuff around the house is a pain. It’s playable though. 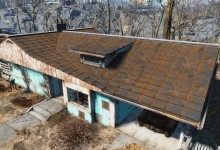 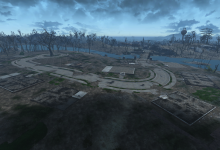 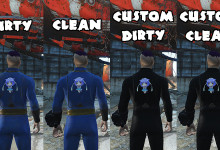