THIS IS A FIRST RELEASE!

This texture is not finished yet, not to my standard, but it is perfectly useable at the moment and people have been asking me about it and have liked the screenshots so I’m uploading early. So far this uses the base vanilla textures but I have reworked them to get a black metal look. Theres quite a lot going on here so far, the spec maps have adjusted locally to keep a semi-glossy black metal while keeping other parts matte, the materials files have been edited to remove the environment mapping as this washed out the metal too much, and the diffuse maps have been darkened. I’ve also had to include meshes for the arms that now call on two different material files to be able to have the stripe on just one arm.
As a bonus, I also have included an .esp file that will swap the combat helmet mesh for the flight helmet (that has also been retextured to match).
Personally, I prefer rocking the Military Cap and have also included a darker version of that in this file.
In the screenshots you will also see a black institute laser rifle, this is not included and will be released as a seperate upload however I have yet to finish all the attachments textures, so stay tuned for that!

My next step is to start refining the textures, adding in different surfaces, building up layers and starting to create an armour that actually represents the Mass Effect stylings and not just a black version of the combat armour. This will take time though so be patient!

Hope you enjoy this little teaser, leave me comments with what you think so far and with any suggestions, also please report any bugs.
I have only tested this with HEAVY variants of the combat armour but theoretically everything should work for all variants. If this is not the case, please let me know and I will try my best to fix it.

INSTALL:
This mod is fully setup to be installed with NMM, however, if you prefer to manually install, then just extract the contents to your data folder, and be sure to activate it the .ESP afterwards in your plugins.txt file. NOTE: With the recent changes to the FO4 patch released on STEAM, the FO4 launcher will reset your plugins.txt file. To avoid this, simply manually install your mods, add the names of the .ESP and .ESM mods you use to the plugins.txt file (C:/users/username/appdata/local/fallout4/plugins.txt) then set that file to “read-only”. This will prevent the launcher from resetting it.

COMPATIBILITY:
This mod is mostly just a texture replacer, however it does also affect the following.
Any other mods that rely on these parts may show conlficts. 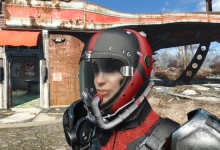 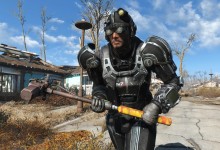