If you use custom third person camera settings you may have noticed that some of the player character’s third person animations are somewhat lacking while in combat/firing your weapon. For some of the weapons’ “alert” and “aim” animations the player character stands upright as if they’re not in the middle of a fire fight. I first noticed this when one of my companions was showing off their fancy animations (the ones that play just after equipping their ranged weapon). Regardless of the size/type of this weapon my companion would assume a rather tactical pose before transitioning into an alert/ready position (none of which occurred on the PC) before relaxing. The player character’s relative upright position was blatantly obvious at this point. I’m not sure if this was intentional but it irked me to no end. The player character also showed no animation from a hip-firing/”muscle memory” to an aiming down sights position. This is hardly noticeable, if at all, with the default camera and absolutely a non-issue in first person. But, the default 3rd person camera is atrocious, in my opinion, and in adjusting it to my liking I stumbled upon the above.

This is my first “MOD” and I’ll be the first to admit I barely know what i’m doing. But, with some community guidance and google searches I came to this solution. Understand, my modding experience was limited to taking advantage of the awesome work from others found on these Nexus sites; I’m sure that this upload is in no way perfect, and the more creative among us may be able to make something better. but, it does resolve the aforementioned.

The little attention this mod got in the few hours after posting made me extremely motivated! I applied fixes to the immediately obvious bugs! Please fully uninstall the previous version before installing the new upload!

Using Synth animations for the Player

From Left to right…

Did my best to throw together some captures… as requested. (Sorry about the poor audio/frames)

This mod replaces files in the following locations…

I’d imagine anything that modifies these locations would break or be broken by this MOD.

Extra possible unnecessary animations included in the RAR (greatly reduced from .9a)

The RAR contains all the Synth animations that I’ve yet to eliminate. A lot of them are what I gather to be obvious NPC only animations (IE cover, vaulting, blind fire, etc) but I’d like to get back to playing the game for some time. I’m almost positive the game ignores the NPC only animations when overriding for the player.
I could very well be suffering from this animation issue due to some oddity with my install or collection of mods (I doubt)… If so, thanks for stopping by either way!
I must admit I have not been in the presence of one of my Companions in some time so i’m not sure if this affects them in any way… will investigate my earliest convenience.
Given the above I wouldn’t call this “finished” but it works with few adverse effects (as far as I can tell) and I will continue to weed out the bloat
Mod does not affect melee weapons in any way 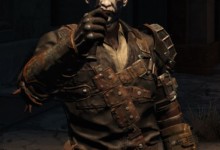 Idle Animations for male and female 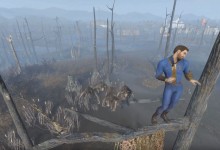 Dancing around The Wasteland – dancing animation 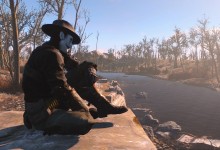 Fallout 4 sit on the floor